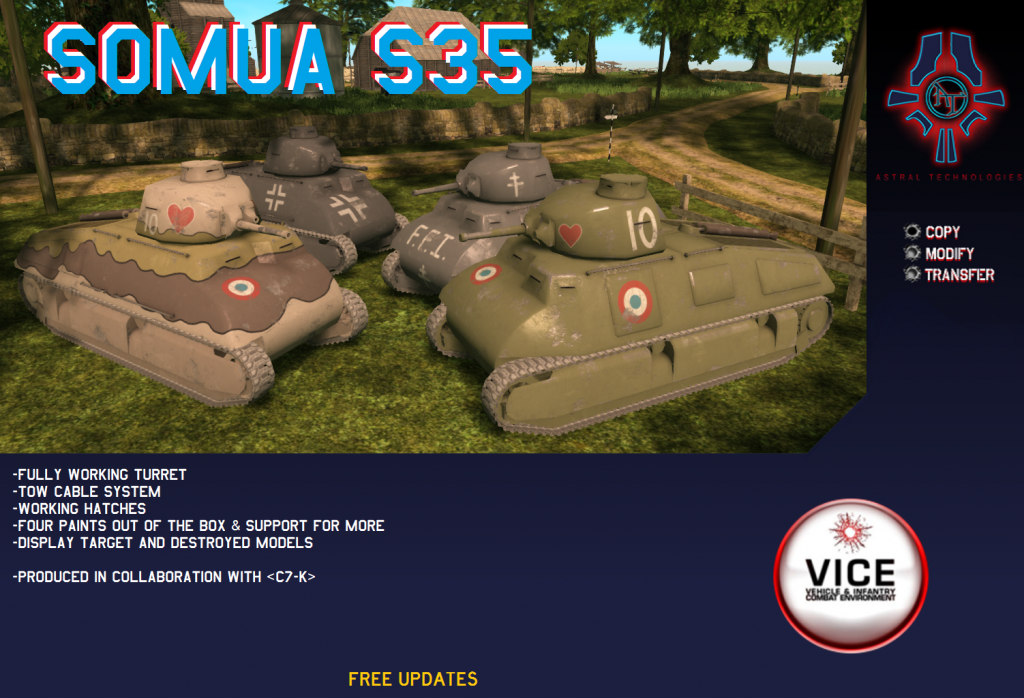 Astral Technologies is proud to announce the release of the SOMUA S35.

The SOMUA S35 was a French Cavalry tank of the Second World War. Built from 1936 until 1940 to equip the armoured divisions of the Cavalry, it was for its time a relatively agile medium-weight tank, superior in armour and armament to its French and foreign competitors, such as the contemporary versions of the German Panzerkampfwagen III.

It comes with four paints out of the box!

Tow cables, display target model and working hatches as is standard on most of our vehicles!

You can find it at our inworld store and marketplace! 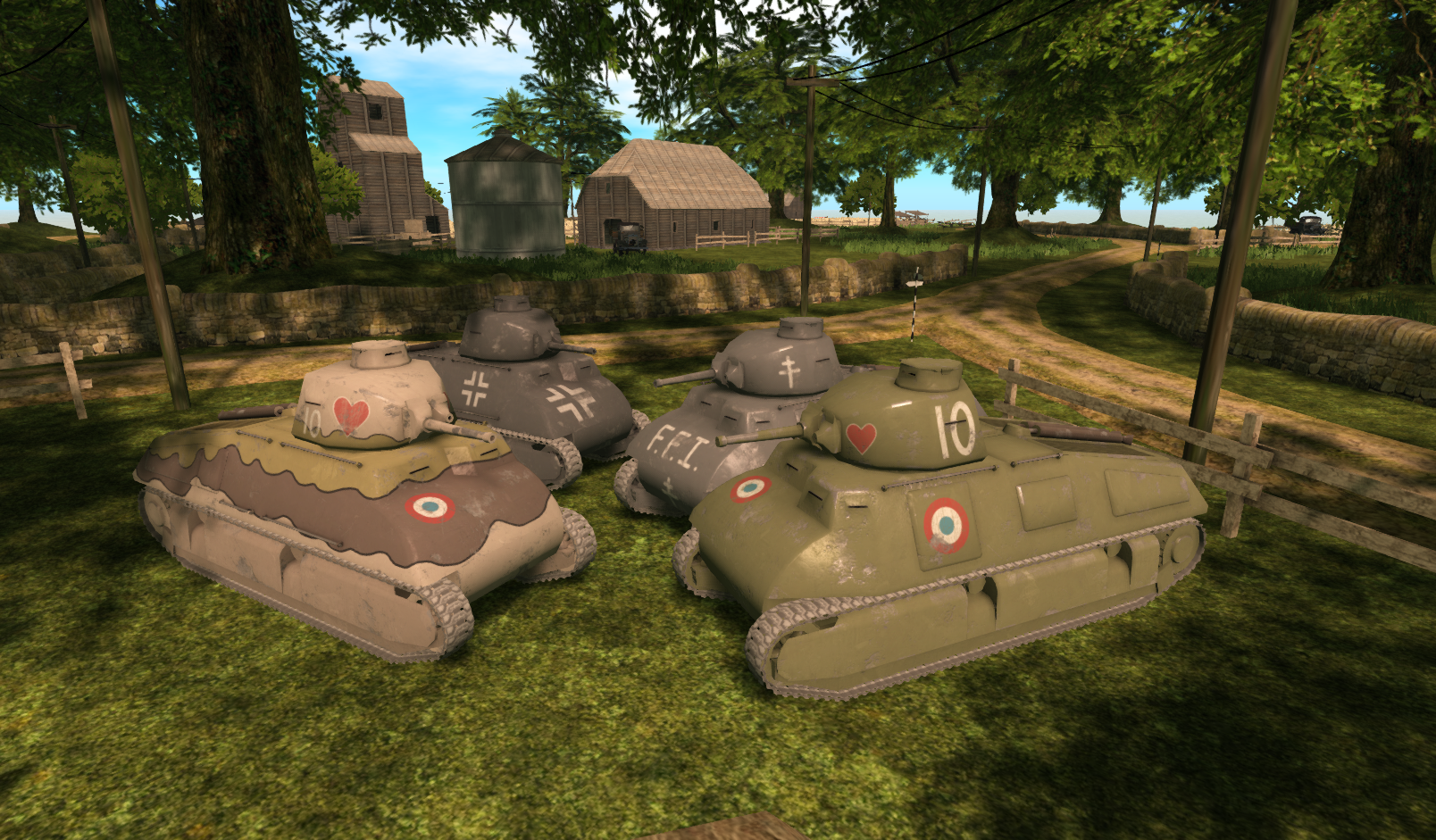